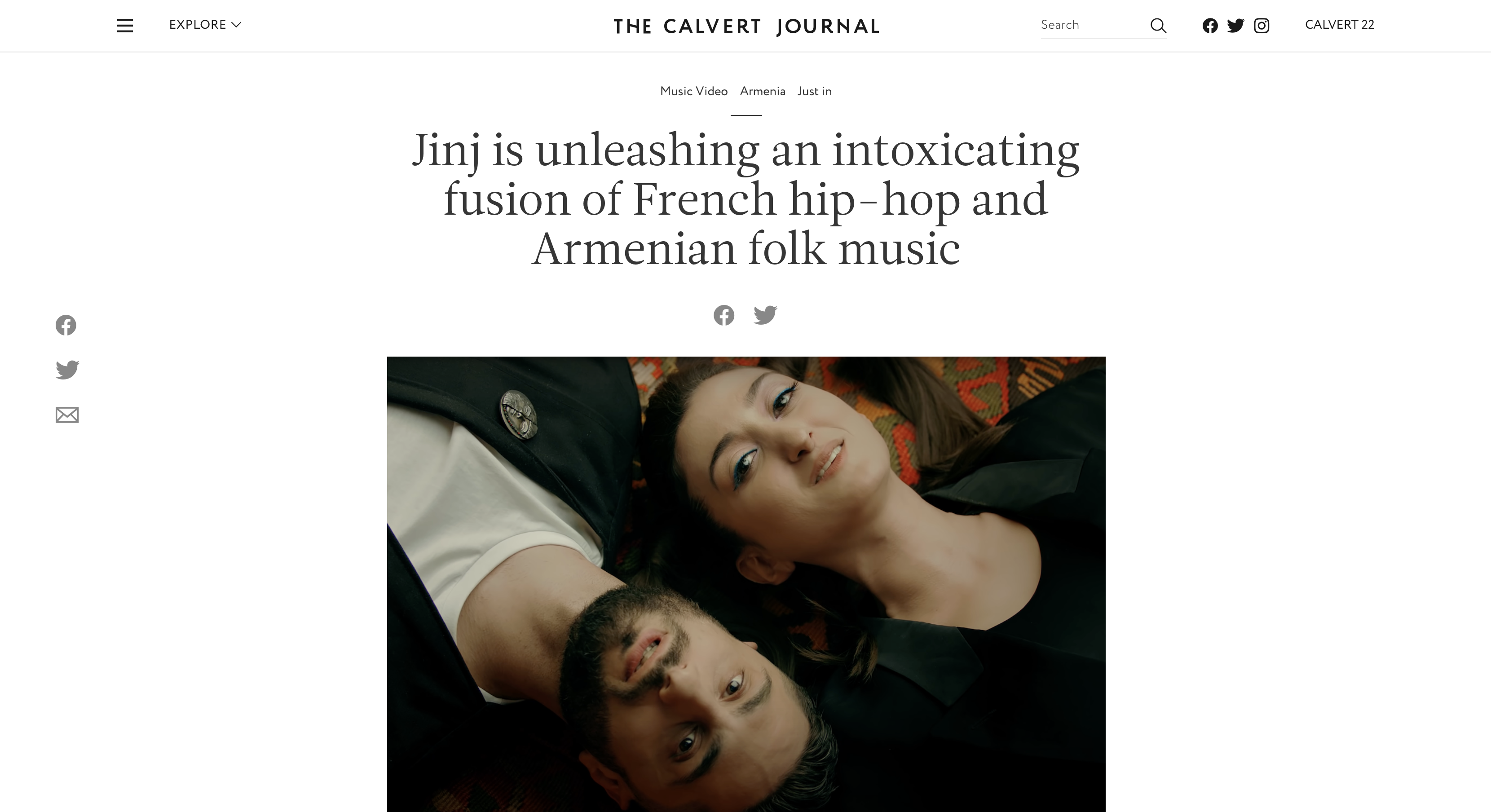 Sevana announced earlier this year that she was parting ways with the group to pursue other artistic projects. Just a few months later, Jinj released their first single, Khosa Khosa. The band released the single a few weeks after introducing themselves on social media, and while their debut was practically unannounced, it’s clear in the song’s complexity that it’s the result of a long-term creative project.

Read the rest of the article https://www.calvertjournal.com/articles/show/12911/Jinj-french-hip-hop-armenian-folk-sevana-tchakerian-gor-tadevosyan